The Atlanta Dream defeated the Minnesota Lynx 60-53. Elizabeth Williams scored a game-high 17 points and had 8 rebounds for the Dream.  This was a defensive game and both teams didn’t shoot well.  Dream Guard Tiffany Hayes defense led to Lynx Guard Odyssey Sims shooting 3-of-12 from the field and only finishing with 9 points.  Alex Bentley was the only other Dream player to score in double figures and she finished with 10 points and 5 rebounds. 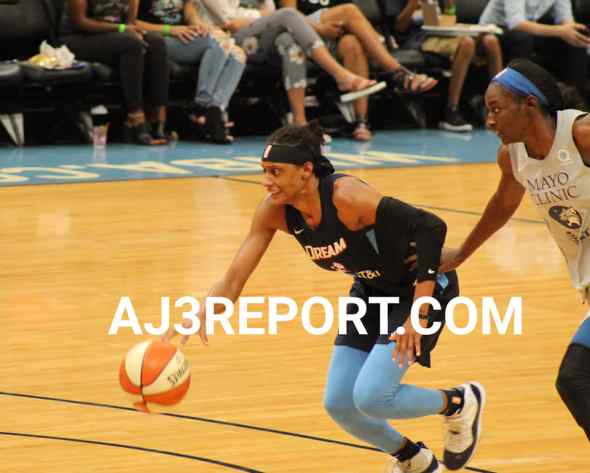 Danielle Robinson led the Lynx with 14 points and 4 rebounds.  Sylvia Fowles had a double-double with 12 points and game-high 12 rebounds.  The Dream led from the start and never trailed during the game.  The Lynx tried to make a run and trailed 55-51 with 2:30 left to play. 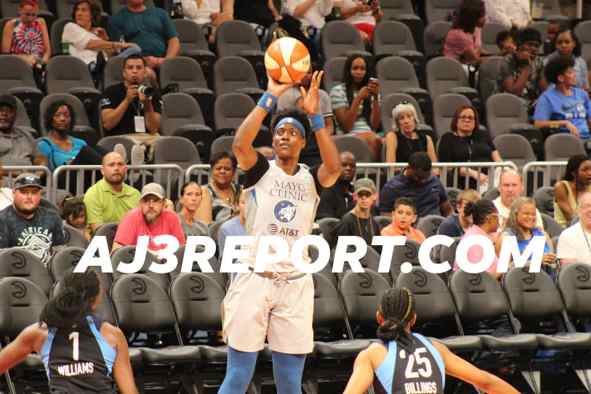 The Dream was able to hold on to the win and win their second game in a row.  The Dream play the Los Angeles Sparks next on their and that will be the last game of their three-game home stand.