The Phoenix Mercury led 14-6 after the first quarter and went on to the defeat the Atlanta Dream 65-58.  Renee Montgomery scored 12 points in the second quarter to cut the lead to 29-25 at the half.  The Dream trailed 36-35 in the third quarter with 4:36 remaining in the period.  The Mercury pulled away and led 48-40 at the end of the third quarter.

Brittany Griner led the Mercury with 21 points, 8 rebounds and 4 blocks.  Renee Montgomery led the Dream with 20 points and Tiffany Hayes had 14 points.  Hayes held Diani Taurasi scoreless and she missed all six of her shot attempts. It wasn’t enough to overcome their slow start and tying a franchise-low six points in the first quarter. 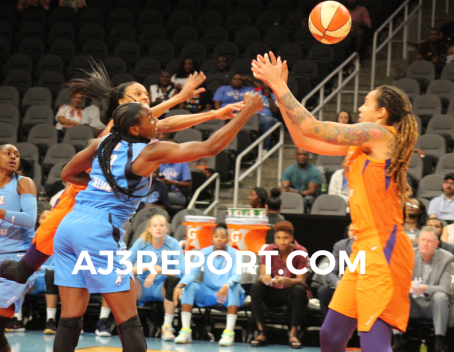