Atlanta Dream defeats the Indiana Fever 88-78 with second half push.

The Atlanta Dream defeated the Indiana Fever 88-78 and ended their five game losing streak.  The Dream led 45-44 at the half.  They had a good second half and outscored the Fever by nine points in the half.  The Dream had three players in double figures and were led by Tiffany Hayes.  Hayes finished with a game-high 28 points, 6 rebounds and 3 assists. 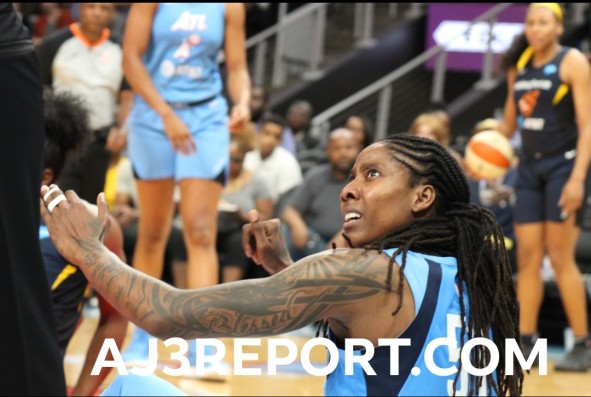 Renee Montgomery had an all-around game with 16 points, 9 assists and 6 rebounds.  Elizabeth Williams finished with 10 points and team-high 3 blocks for the Dream.  The Fever had four players in double figures and still came up short.  Candice Dupree led the Fever with 19 points and 6 rebounds.  Teaira McCowan put up big numbers with 14 points, game-high 14 rebounds and game high 5 blocks.

The Dream backcourt of Hayes and Montgomery made 8-of-15 3-pointers and the bench helped with a combined 20 points.  The Dream are 2-5 and play the Connecticut Sun next in a rematch game that was very close.  The Dream finally got another victory after having a few close games and it was much needed.  If the Dream continues to play like this, they will be at the top of the standings by the end of the season.