Marquis Que Norton aka MarqDre is originally from Miami, Fl is a Hip Hop artist, actor, model, and youth motivator.  His work ethic, lyrical genius, music integrity, and focus sets him apart from the typical artist.  Always delivering the hottest sounds, clean music, and trendsetting anthems, the limits are off as his star continues to rise. From opening for Diggy Simmons, to sharing the same stages with 2 Chainz, Mindless Behavior and more.  He is looking forward to a promising career in film and television. 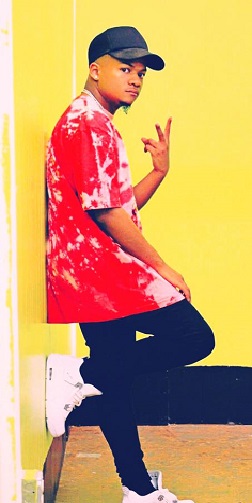 How would you describe your own style?
My style is mainly rap while I also incorporate elements of Pop/EDM.
What hip-hop albums did you grow up listening to?
Lil Wayne’s the Carter 3.  Drake Take Care, NWTS, and Thank Me Later.
Who would be your dream collaboration with any artist?
Chance The Rapper, ASAP Rocky, & Justin Bieber.
Any advice for young artists?
Be patient, when you rush things it never works out.  Do music for the love and passion of entertainment, not for the fame and money.
What is your most rewarding career accomplishment?
Winning awards, gaining an audience.
The song that gets the most play on your iTunes playlist?
Love Yours by J. Cole.
Who is your favorite actor?
Brad Pitt and Samuel L. Jackson.
Your favorite movie?
Friday and Kalifornia.
What is something people would be surprised to know about you?
Something people might be surprised about is that I am an extreme ambivert. (For example I love being around people, partying and being in social settings but I also enjoy being alone as well.  Some people think I am quiet, while others think I’m highly social.  I don’t always need to be moving, but too much down time leaves me feeling bored.  I can perform tasks alone or in a group.  I don’t have much of a preference either way.  I enjoy being the center of attention but sometimes I like to be lowkey and out the spotlight.)
Celebrity crush?
Megan Fox.
How can everyone keep in contact with you on social media?
Twitter/IG 1MarqDre. YouTube Marq Dre. Facebook Marq Dre.