Erica James is a talented entertainer/entrepreneur from Lake Charles, Louisiana living in Atlanta, Georgia.  She is a professional actress, model, singer, and most importantly a businesswoman in the entertainment and TV/Film production industry.  She started on her journey to stardom at the age of 13, modeling, singing, writing music and taking drama classes.  When focusing on her musical exploits, Erica excels as a singer/songwriter and performer blessed with distinctive, yet creative talents.  In 2012 Erica focused more to her video-production side.  That February she assisted with the creation of 1108 Films & Management Co., LLC (2012-2013) and by March she began freelancing with Georgia Public Broadcasting (GPB) & Fine Line Productions in Atlanta, GA.  1108 was a small production company in the TV/Film industry; which produced independent short films & documentaries, as well as small-budget music videos.  Thanks to 1108, GPB, and Fine Line, she has had the opportunity to dive more into her field; work and progress in such a way that not only has allowed her to gain more experience but open new doors. 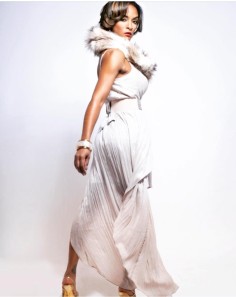